An Antidote for Our Corporate Controlled World
How we meet the challenge of the new corporate-controlled world or surrender to it will define the very nature of the world for our children and grandchildren. It is a war in which we may chose to participate or ignore.

The world in which we live is not the same one in which our parents and grandparents enjoyed. It’s not even close.


Contrary to the ruling majority Supreme Court justices, most humans intuitively know that corporations are not human beings. In fact, corporations have no soul. Surprised? I didn’t think so. Interestingly, it’s only been since the rise of the Robber Barons following the American Civil War that corporations became the chosen means for pillaging public assets and Robber Barons' immunity shields.

Today, driven by their insatiable desire for profit and control, the great grandchildren of the Robber Barons' corporations, the global corporations / banks of today, will be empowered to dissolve our natural rights - the birthright of every person on this planet: the right to life, liberty and happiness via the TPP agreement and others like it.

Explains Sen. Bernie Sanders, “Let’s be clear: the TPP is much more than a “free trade” agreement. It is part of a global race to the bottom to boost the profits of large corporations and Wall Street by outsourcing jobs; undercutting worker rights; dismantling labor, environmental, health, food safety and financial laws; and allowing corporations to challenge our laws in international tribunals rather than our own court system. If TPP was such a good deal for America, the administration should have the courage to show the American people exactly what is in this deal, instead of keeping the content of the TPP a secret.”

The Movement
What can we do to stop the dismemberment of our natural rights?

We can not expect support from our government representatives because they only respond to the desires of the oligarchy, as the Gilens/Fulcher study underscores. (Please see Resource 1 below.). And, even if they did, we still face the enormous Oz-like omnipotent global corporations / banks.

That said, ultimately, with the intrinsic power of seven billion human beings alone, we have the inherent, herculean strength to transform our world economic system from predatory capitalism into a new, humane one.

How would a new economic system look?
Pope Francis recently described the new economic system as a system which does not "sacrifice human lives on the altar of money and profit”, but ensures the poor the "sacred rights of labor, lodging and land”. (4.)

Dr. Benjamin R. Barber: “The revolution has started. In 1776, the American colonists protested that the English monarch no longer exercised sovereignty on behalf of their lives, liberties and estates, that in effect English sovereignty was in default. Today, the cities of the world, where more than half the world's population lives, and where 80 percent of its wealth is generated, are protesting that the nations to which they are subsidiary no longer are able to guarantee their long-term sustainability in the face of climate change, nuclear proliferation, global disease and unjust global markets, that in the face of dysfunctional national governments and a new default of sovereignty, it is their inherent right to assume the responsibilities of common governance necessary to sustaining their citizens. To do this, they must avail themselves of the legion of urban networks from the UCLG and the C40 to Metropolis, CityNet and the World Cities Summit already in play. But they must also forge new institutions to assure their common and global interests.” (5.)

Here are 12 steps you can take in your hometown
1. Make your community part of The Movement
Work to make your city / metro region united and strong by making the wheels of government turn for US, the 99.9%, then work with other regions globally to resolve common challenges. Explains Dr. Benjamin Barber, the “Devolution to cities is both policy and fact. It is happening and is increasingly being embraced by governments desperate to see action in a world paralyzed by ideology and cant.”
2. Work locally to reverse Citizen's United vs. Federal Election Commission
3. Work locally to repeal three, Bill of Rights busting laws:
(a) the USA PATRIOT Act
(Yes, Congress repealed the Patriot Act. But it was in name only. Now we must work to revise the Freedom Act.)
(b) the Military Commission Act
(c) Section 1021 of the National Defense Authorization Act of 2012
4. Establish a Constitution Protection Zone in your city or town.
5. Work locally to re-establish the Glass-Steagall Act
6. Work locally to abolish the CIA
7. Work locally to establish a national public works program to maintain our infrastructure.
8. Work locally to adopt a Robin Hood tax.
9. Create a local, sustainable, distributed energy system in you hometown.
10. Work locally to retrieve the trillions of dollars now being expended through the "Deep Black Ops Budget" and put it to use serving the needs of the people by creating decent paying employment and returning the billions of dollars stolen from the 99.9% during Depression.2.
11. Create a state bank in your state, e.g. North Dakota State Bank and use “crowdfunding” resources rather than international banks to help fund your new businesses.
12. Establish a monthly forum to discuss The Movement and reach out to your neighbors and friends. 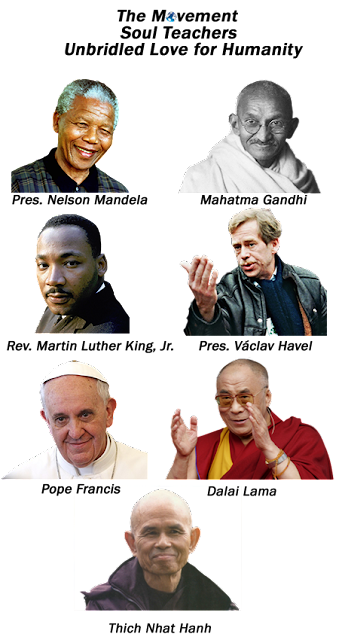