Motivated by the dream of the three natural rights, people, worldwide, have fought countless rebellions, revolutions and world wars.

But it appears to no avail as our governments and global corporations have actively conspired - in secrecy - to strip away our natural rights.

With the most recent sellout by the congress and the president, the global corporations are gloating over their accomplishment, the passage of the Fast Track (Trade Promotion Authority) into law.

Why is Fast Track and the TPP Poison for People Everywhere? 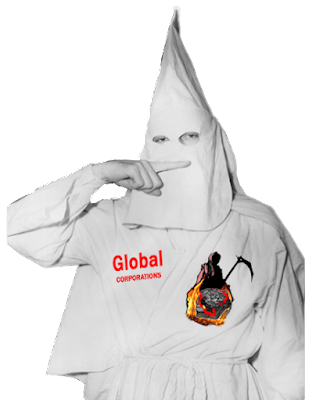 The Fast Track law allows the backers of the Trans-Pacific Partnership (TPP) to bypass congressional and public review of trade partners, terms and objectives of the TPP trade agreement. In essence, it pre-approved TPP before anyone even knows what is in it and without congress saying in advance what should be in it.

From the little bitty bits of information which have managed to see the light of day, the TPP ensures that the laws of national governments will be trumped by a global corporate addiction to profit at any cost. With the TPP passed into law, human beings throughout the world will lose their national and local government protections against corporate exploitation.

For example, under the TPP, corporations may sue federal, state and local governments for loss of future profit if local laws forbid them from destroying our environment, polluting our water, charging usurious rates, or delivering defective products. We, the people, will have no legal defense under our own federal, state or local laws.

Worse, the TPP establishes a precedence of secrecy because it was passed by our own representatives, who themselves were sworn to secrecy so as not to share with us, the people, a single word of the treaty’s contents. Our president, senators and representatives - trashing their sworn oath to preserve and defend the Constitution of the United States – sold out their own people for the benefit of the ruling 1% who own the global corporations.

They expect us to passively pay no attention to the most heinous crime ever perpetrated upon humanity - the attempted obliteration of our natural rights.

What will it take to meet the challenges of the corporate-controlled world?

The Movement
An Antidote for Our Corporate Controlled World

* Matt Damon reads excerpts from a speech Howard Zinn gave in 1970 as part of a debate on civil disobedience.