The Costs of Two U.S. Blunders 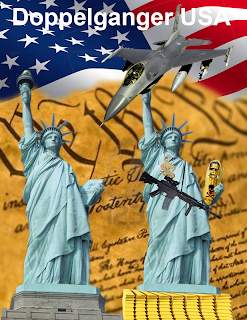 Today we remember the 2,974 people who perished at the World Trade Center, the Pentagon and on the UA and AA flights during the 9/11 disaster, as well as the 4,343 survivors and first responders who have died in the years since due to illnesses caused by exposure to toxic dust and fumes from the site. These are the thousands of first responders, rescuers, firemen/women, police, iron workers and construction workers. (1.)

Sadly, most Americans stop there. (2.)

We tend not to include additional major losses resulting from 9/11.

For instance, total dead, including civilians, during the Iraq war is estimated to be between 600,000 to as many as 1 million. “As of 2021, 9.2 million Iraqis are internally displaced or refugees abroad.” (3.)

In Afghanistan, "The current crisis (Sept 2021) comes on top of the 2.2 million Afghan refugees already in neighbouring countries and 3.5 million people forced to flee their homes within Afghanistan's borders." (4.)

These wars were not “paid” by increasing taxes as the Korean and Vietnam wars were. The Bush administration reduced taxes for the wealthy and borrowed to finance the wars. The approximate cost of the wars in Iraq and Afghanistan is now estimated to eventually cost American taxpayers nearly $6.5tn. That includes veteran benefits and interest payments through 2050. (5.)

Finally, who did benefit from the two wars - wars which most would say are clear blunders; entered into through outright lies; and characterized with the United States committing international war crimes?

You already know the answer: The U.S. defense contractors. (6)

"In the year to June 2020 the big five accounted for nearly a third of the $480bn obligated by the Pentagon to defense contractors." And, to ensure their cash cows, the defense industry spent, "...over $2.4bn lobbying Congress since 2001, and made direct campaign contributions to most members." (7.)

Do you really believe we are the nation spreading democracy throughout the world? I don't. The proof is clearly in the results of the past 20 years.

In fact, we have become the opposite — a Doppelganger U.S. — selling weapons of war and seeding death and misery.

4. Afghanistan: How many refugees are there and where will they go?
https://www.bbc.com/news/world-asia-58283177

5. Americans could owe $6.5 trillion for wars in Afghanistan and Iraq — and that's just the interest https://www.cbsnews.com/news/afghanistan-iraq-wars-debt-6-trillion-interest/

6. Military spending: 20 companies profiting the most from war
https://www.usatoday.com/story/money/2019/02/21/military-spending-defense-contractors-profiting-from-war-weapons-sales/39092315/

7. Where did the $5tn spent on Afghanistan and Iraq go? Here’s where
https://www.theguardian.com/commentisfree/2021/sep/11/us-afghanistan-iraq-defense-spending

You will find these articles interesting.

2. About recent American History seen from an “old guy's perspective”: Lies Too Big To Fail (Parts I, II, & III) https://downriverusa.blogspot.com/2014/08/lies-too-big-to-fail.html