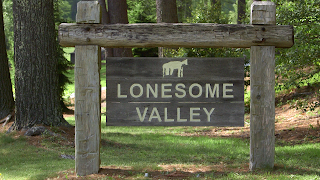 Finally, someone is calling BS what it is – BS – and seriously taking legal action to stop the propaganda/disinformation tactics which have become the money-making norm for several media organizations, commentators and, of course, Mr. Trump and his lackeys.

“On Monday, electronic voting system company Smartmatic took legal action against Fox News, Newsmax and One America News Network, demanding the outlets retract stories rife with “false and defamatory statements” about its role in the 2020 election.”

“Each outlet published ‘dozens of factually inaccurate statements,’ Smartmatic claimed in the legal notices, all of which could have easily been disproven with a minimal amount of effort.”

“Instead of conducting basic research, however, Smartmatic said the right-wing outlets engaged in what it characterized as a “disinformation campaign” intended to discredit the outcome of the election.”

“They have no evidence to support their attacks on Smartmatic because there is no evidence,” Antonio Mugica, CEO of Smartmatic said in a statement. “This campaign was designed to defame Smartmatic and undermine legitimately conducted elections.”

“Our efforts are more than just about Smartmatic or any other company,” Mugica continued. “This campaign is an attack on election systems and election workers in an effort to depress confidence in future elections and potentially counter the will of the voters, not just here, but in democracies around the world.”

It is way past time for this “Walk that Lonesome Valley” moment and I hope it is one of many more to follow. To begin to move forward our nation must call out and legally compel the propaganda/disinformation perpetrators and facilitators to pay for the damage they have caused to the people of the United States.