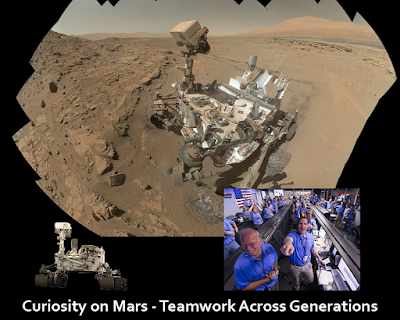 Do you believe that one must by “young” to be tech-savvy?

I've never been big on myth-busting because I've never been sure about what a myth is and what is not. Still, I have experienced with regard to one "myth". That's the one about “tech-savvy” being the domain of "younger" people compared with "older" people.

The myth is: one must be “younger” in order to be tech-savvy. According to myth believers, “older” people are presumed to be past the age of 35. The myth goes on to suggest that these old fogies can’t turn on their smartphones without guidance from someone perhaps no older than 10.

Recent research explodes that myth and actually found that: “Tech employees over age 55 are actually less stressed using technology in the workplace, and better at using multiple devices than their younger peers.”

“We've seen them in movies for years: The bumbling, out-of-touch older person at the office who just can't figure out how to turn on a computer or send a text. Contrary to this pervasive stereotype, a recent Dropbox survey of more than 4,000 IT workers found that people over age 55 are actually less likely than their younger colleagues to find using tech in the workplace stressful.”

On average, people 55 and up used 4.9 forms of technology per week, compared to the overall average of 4.7 per week, the survey found. Only 13% of respondents aged 55 and older reported having trouble working with multiple devices, compared to 37% of 18-to-34-year olds.”

“Despite their evident tech skills, workers in all age groups tended to believe that older workers were slower to adopt new technology, with 59% of 18-34 year olds reporting feeling this way.”

“’It's dangerous for companies to assume that if you're under 35, you're tech savvy,’ said Paul Bernard, an executive coach and regular contributor to Next Avenue, a website for 50-plus-year-olds. ‘In many cases, I've seen that many older people are able to combine tech-savvy with communication skills—almost without exception, it's easier for older workers to pick up more tech skills than younger workers, who are tech savvy, to pick up communication skills.’” (1.)

The Real Problem is Age Prejudice
While the facts explode the tech-savvy myth, the real problem in our society – and played out on a daily basis in the workplace is – AGEISM. That is prejudice against anyone due to their age.

I’d hazard a guess that nearly every job hunter who happens to be older that 40, has encountered one or all of these stereotypes as a reason (s) for not being hired: due to your age, you are not creative, not “in touch”, cannot learn new things, or are too costly to hire.

Managers who submit to these hiring myths are not only breaking federal law, they are just plain missing out on perhaps the most productive team members they could hire.

Consider NASA’s cross-generational team which put the Spirit and Curiosity Rovers on Mars:

"When open-to-experience people find each other across generations, we can see the creative power of teamwork. The multi-generational team becomes an idea generator. It wasn’t just one generation that put Curiosity on Mars." (2.)

2. Why Not Teamwork Across Generations? Gary R. Baker, The Movement - The Encoreboomer Movement.